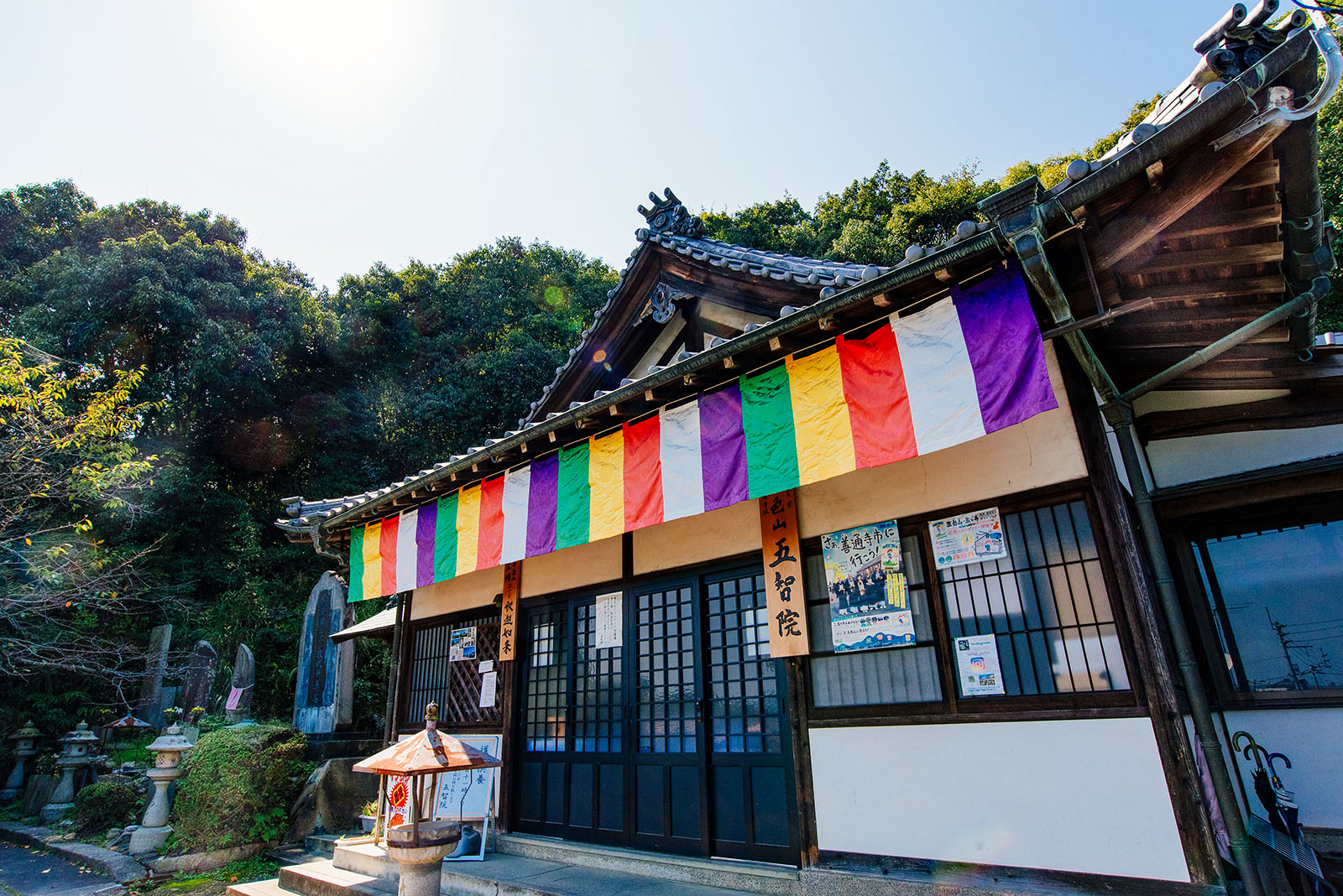 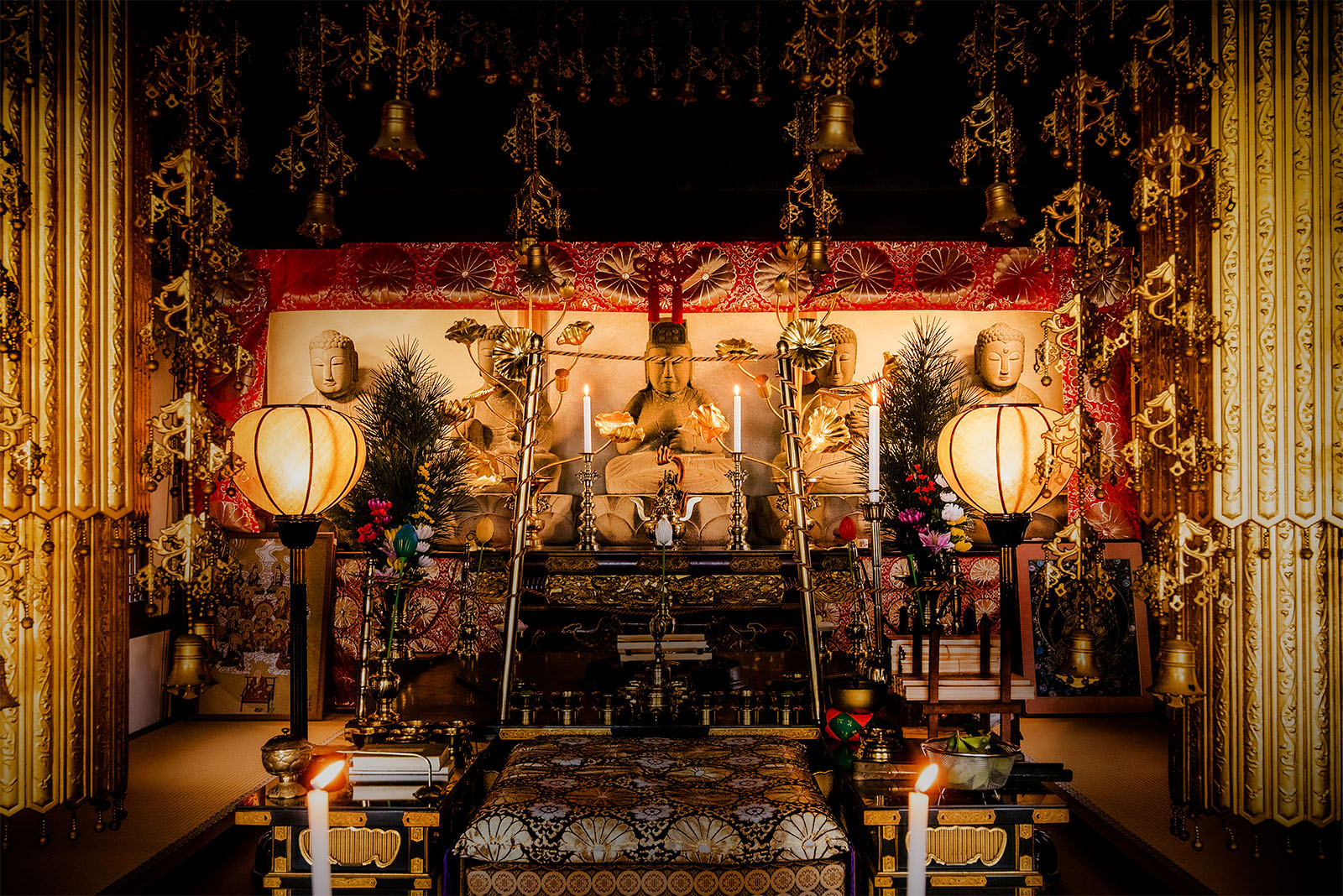 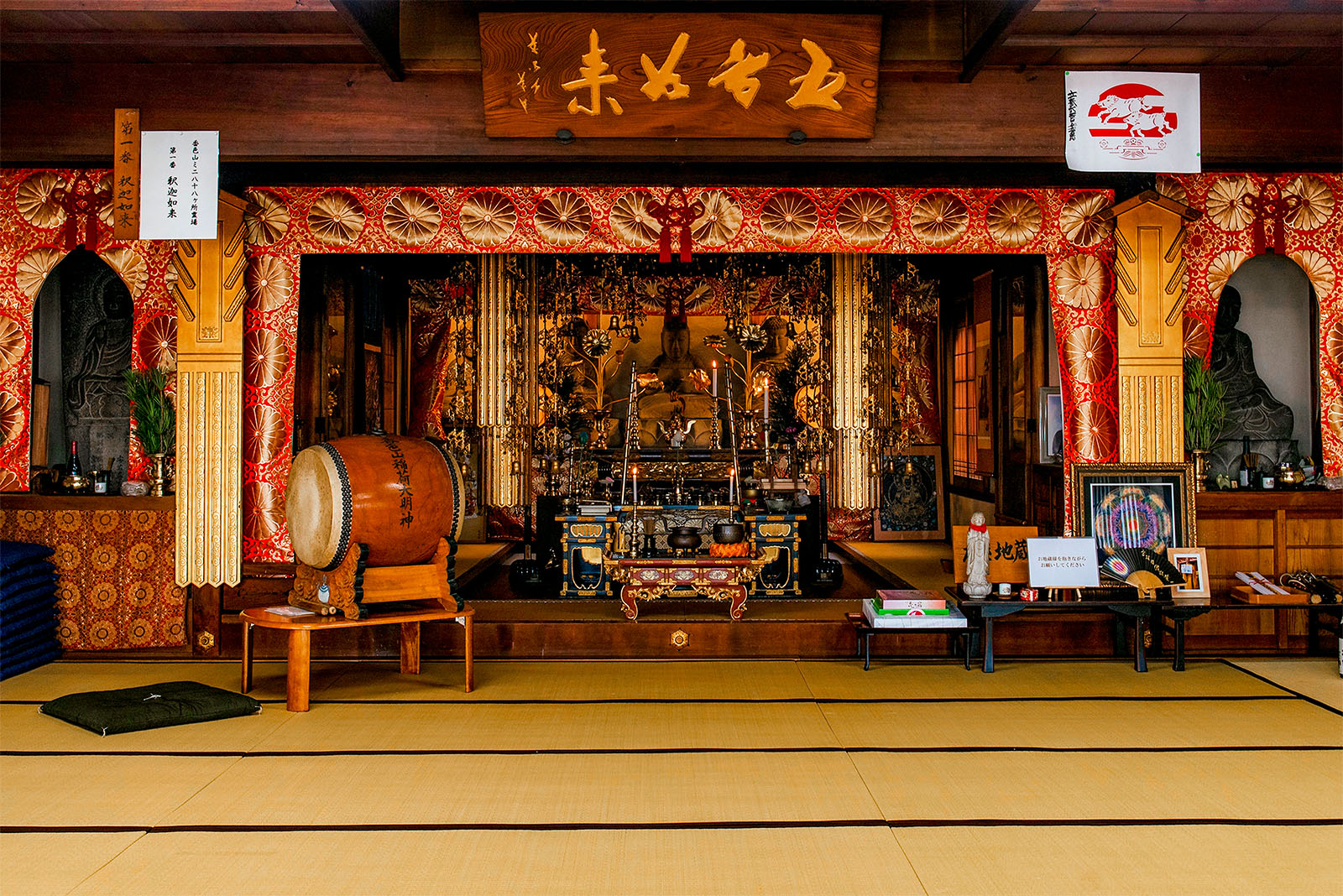 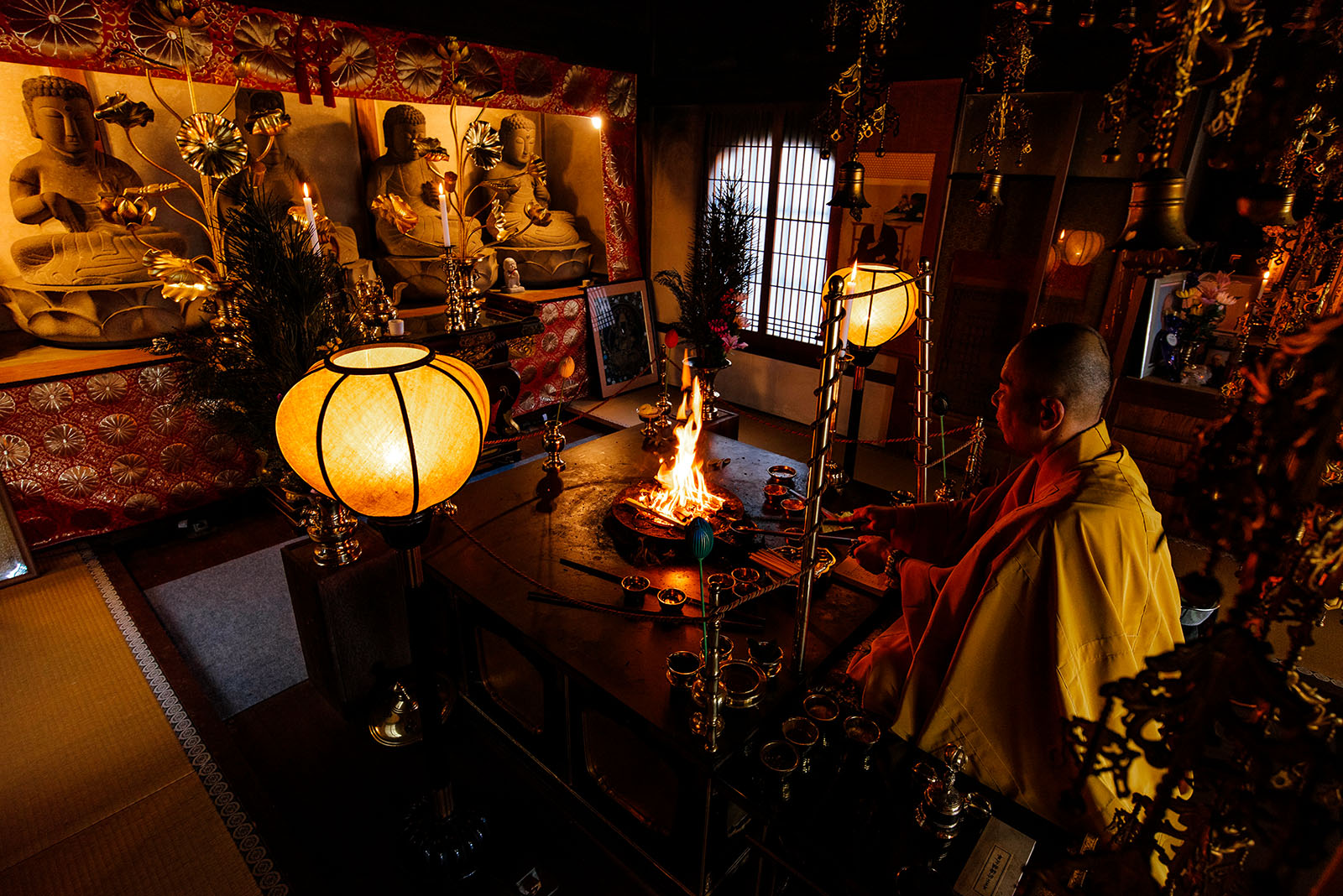 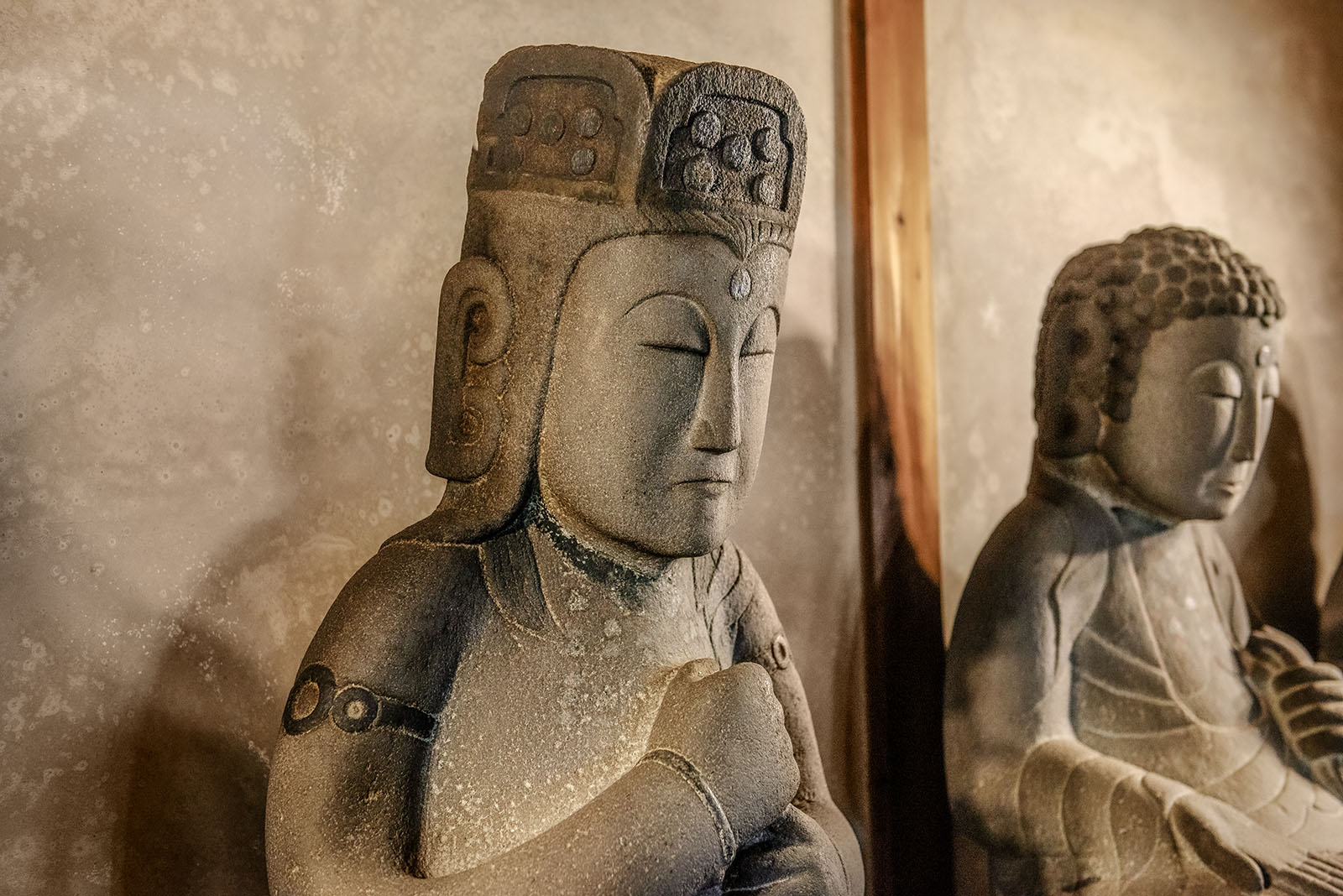 This is Gochi-in. It is one of the sub-temples of Zentsu-ji, and it is said that it was originally located on the east-side of the Zentsu-ji Garan Red Gate, and it was restored when the current Main Hall was established in 1981. Its Honzon are stone statues of the Five Wisdom Tathagatas, and according to temple tradition, it is said that they were transferred here for worship during the Enkyo era of the Edo period. Additionally, Gochi-in also acts as the starting point for the pilgrimage path for the Mt. Koshiki Shikoku 88 Sacred Places.