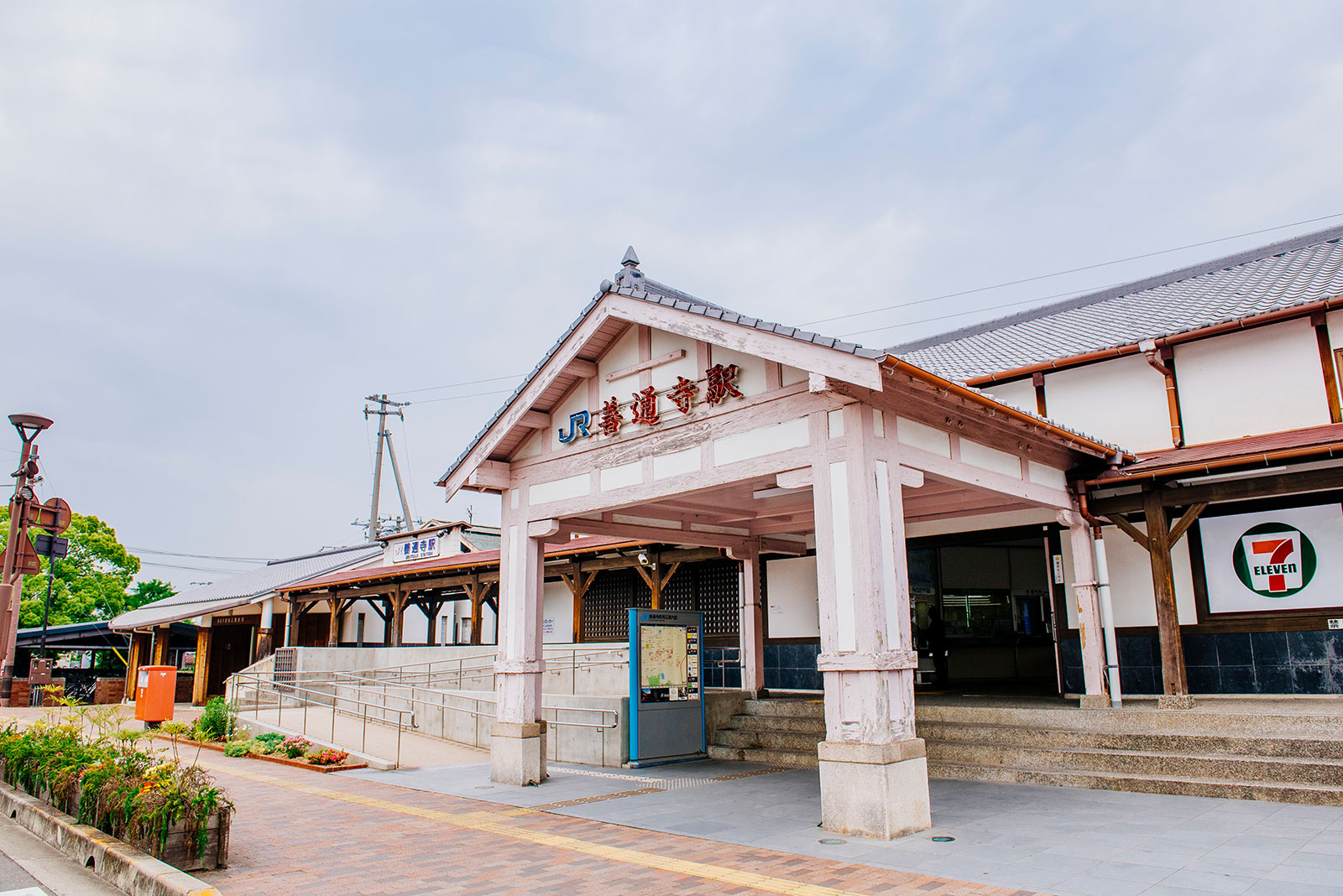 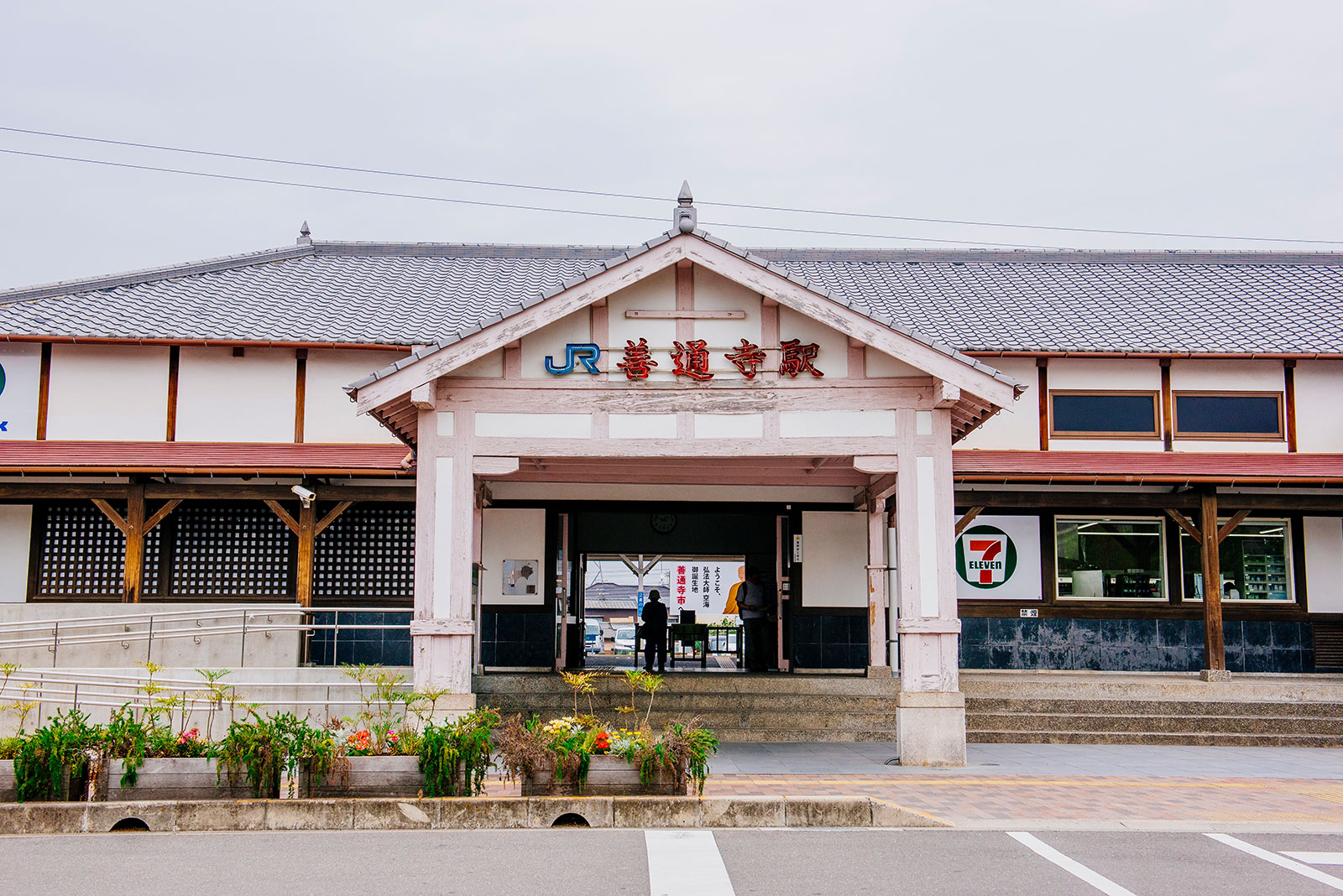 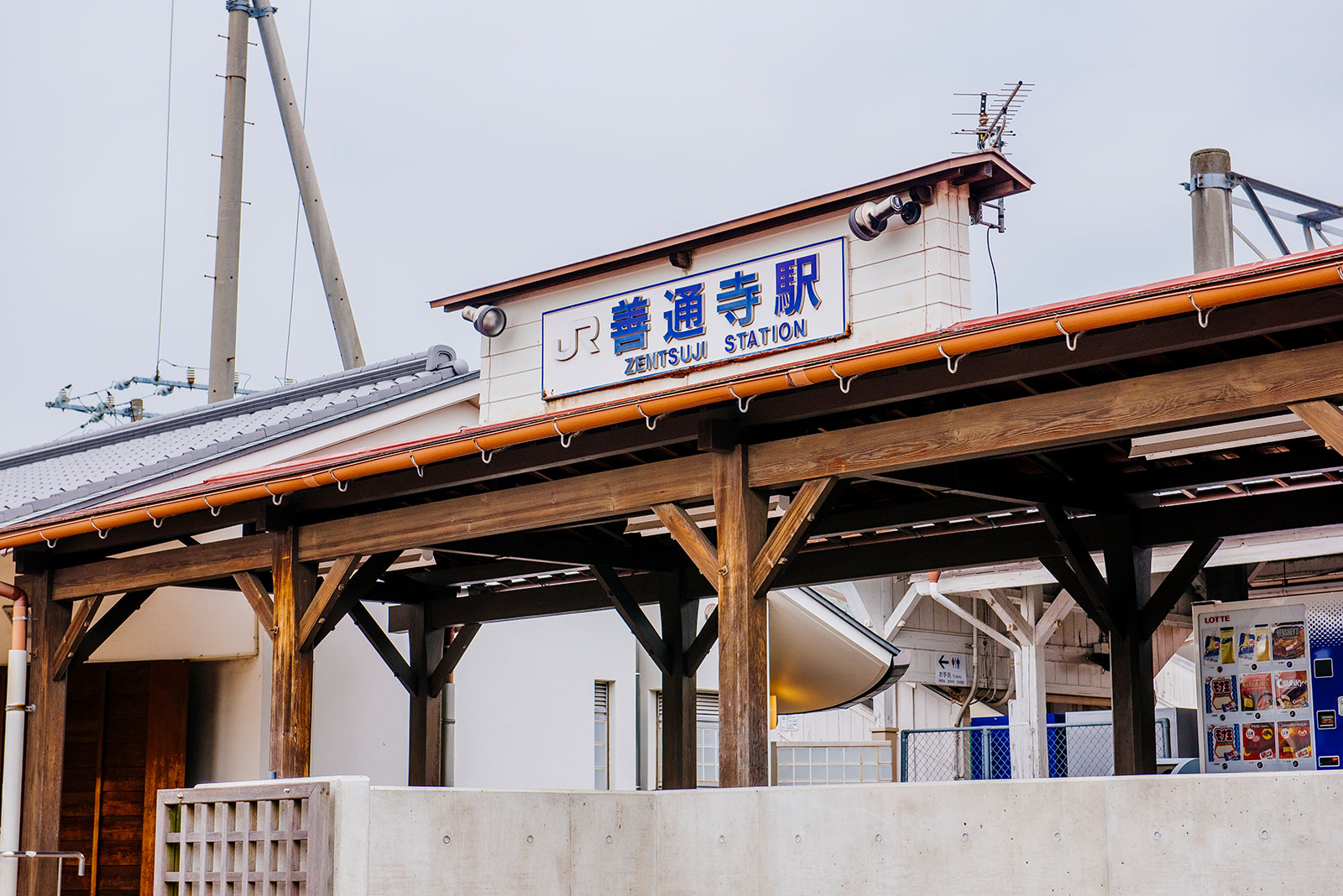 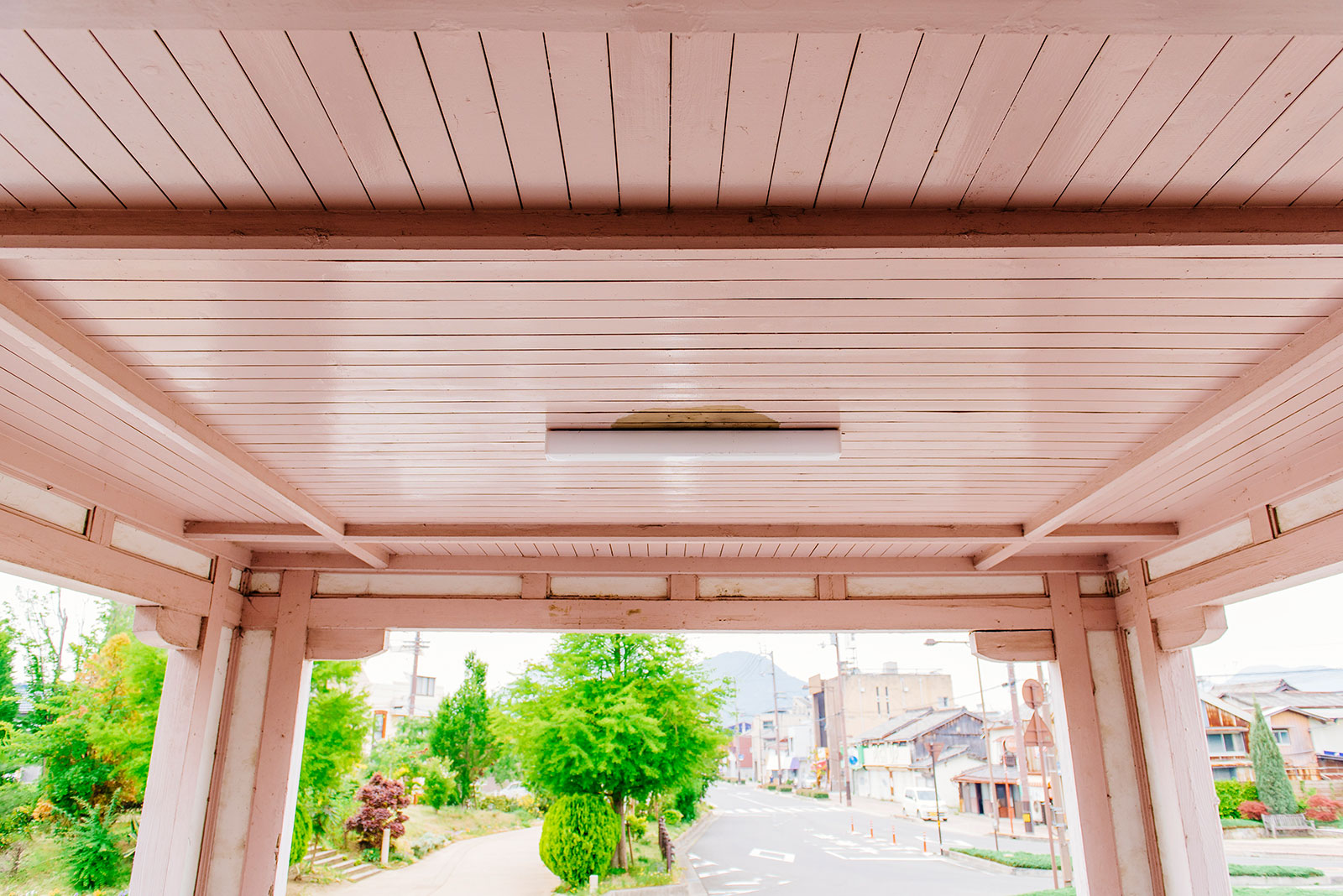 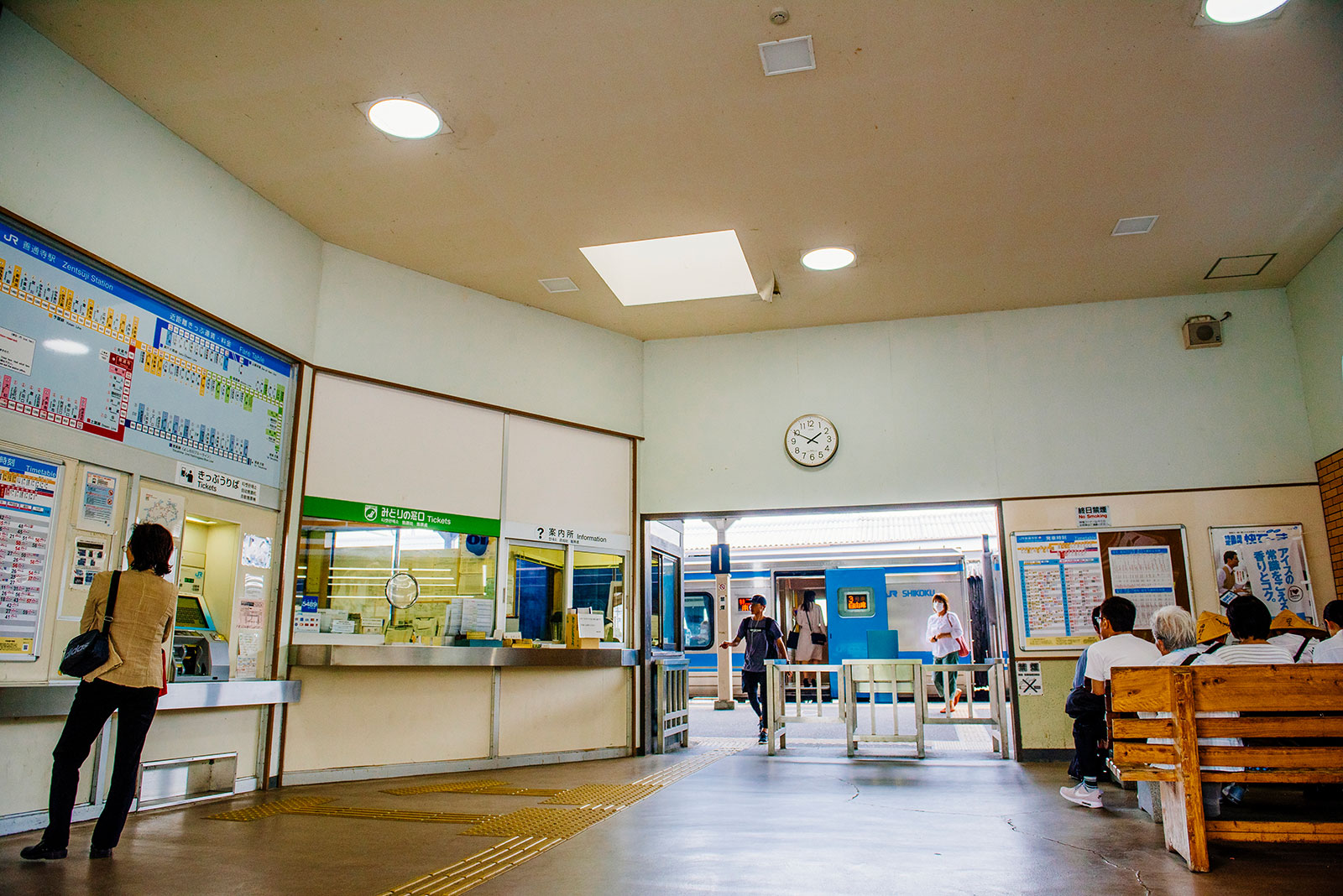 This is Zentsūji Station, which is a registered tangible cultural property. Zentsūji Station began operations in May of 1889 as a station for the Sanuki Railway Company. At the time, this railway consisted of an approx. 15.5 km line that connected Kotohira, Tadotsu, and Marugame, and as its passengers included many pilgrims visiting Zentsu-ji and Kotohiragu, it was also referred to as the "Pilgrimage Railway." Subsequently, it was purchased under the terms of the Railway Nationalization Act in 1906, and in conjunction with the massive army drills conducted in the fall of 1922, the station building underwent significant renovations. Renovations were also performed in 1991, and while the roof was changed to a hipped-roof construction, the front entrance and platforms still retain the same wooden framework used during the Taisho period.