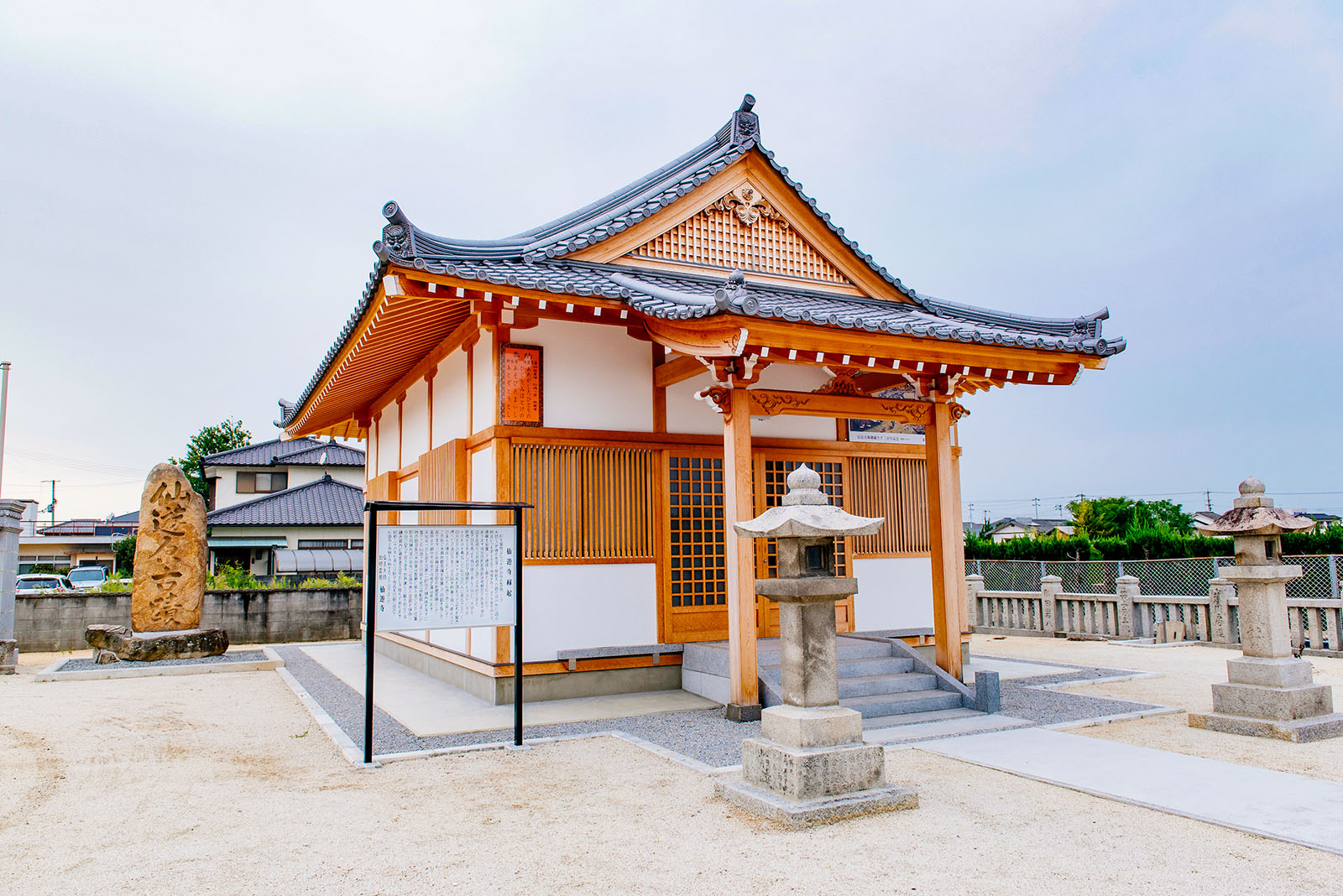 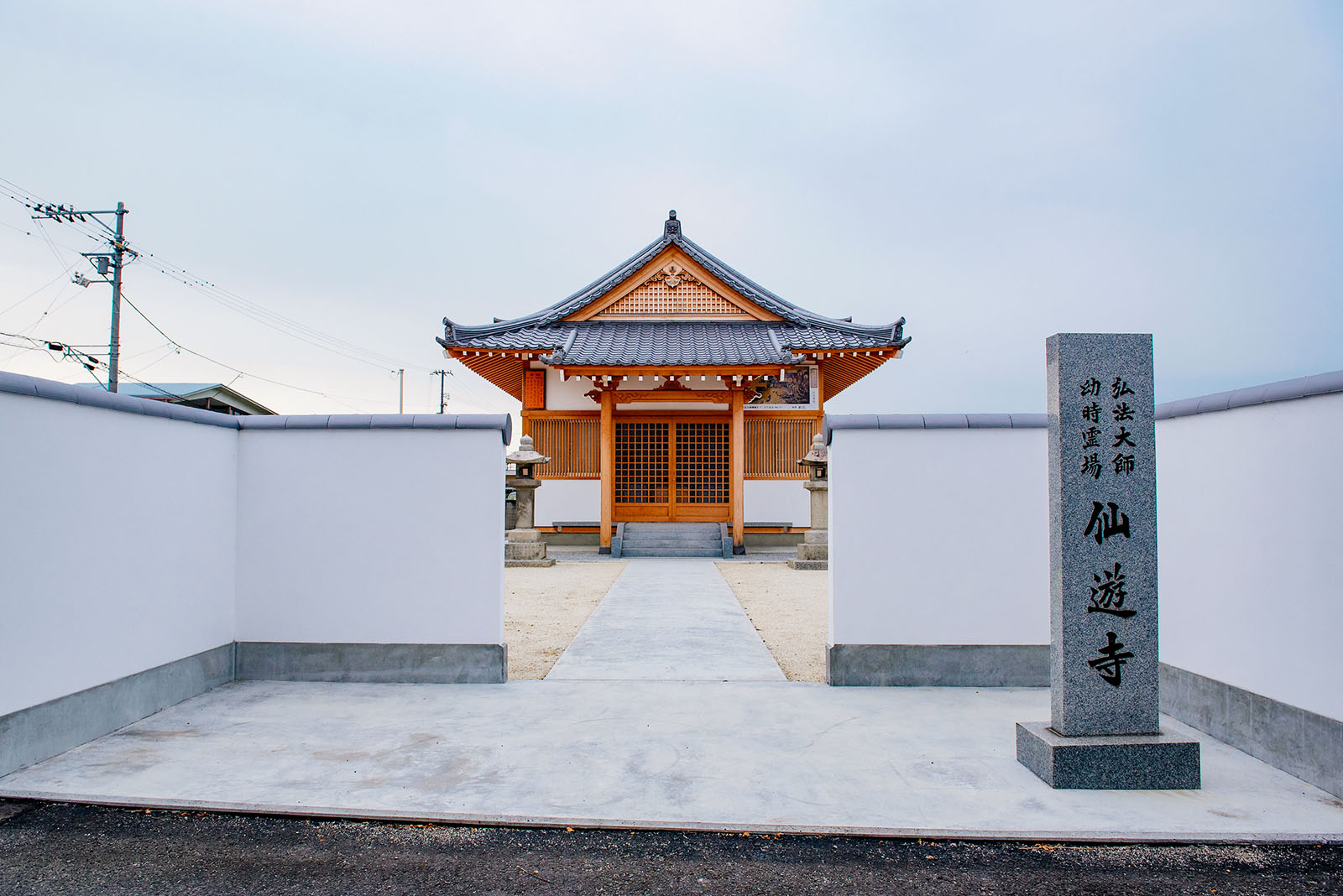 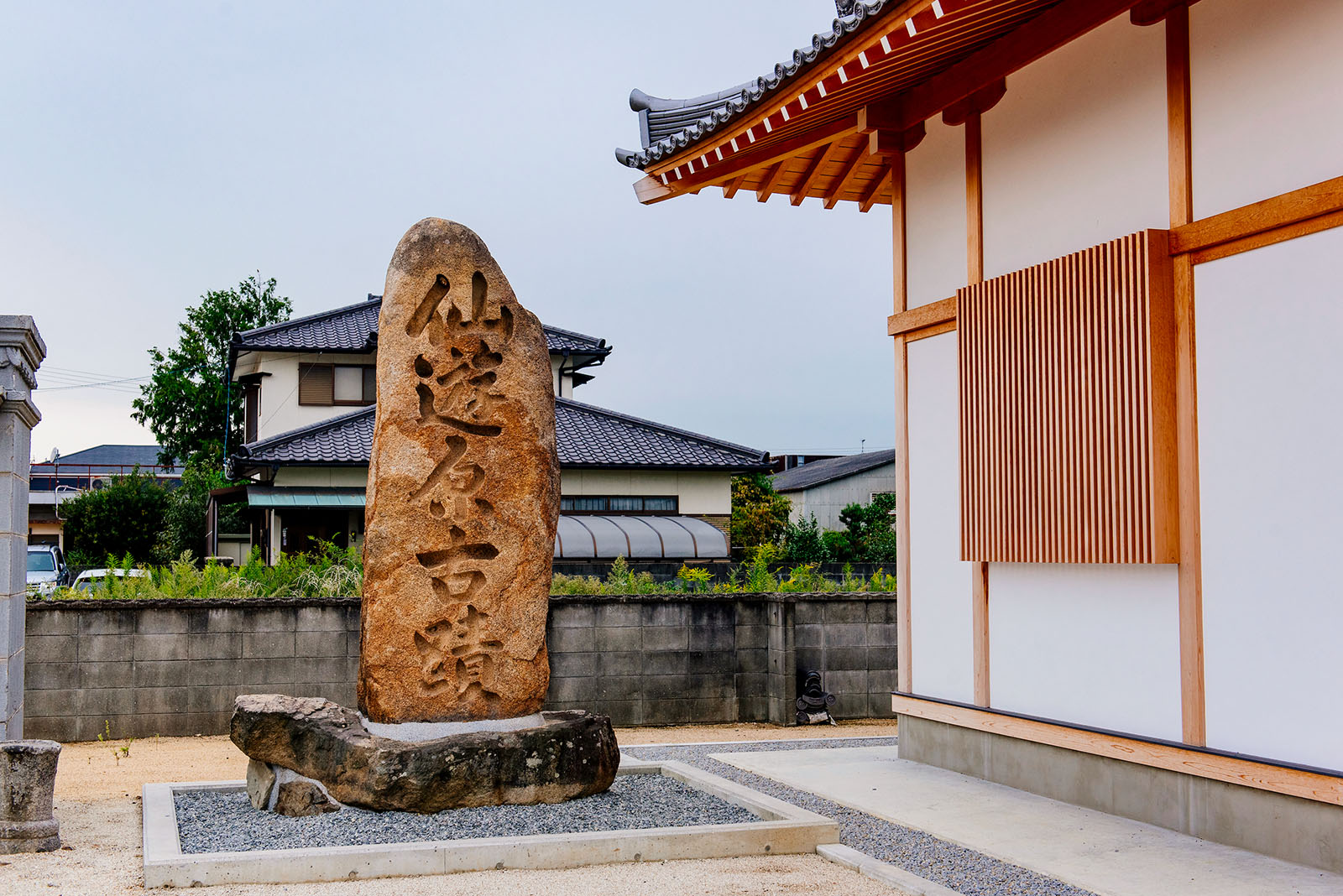 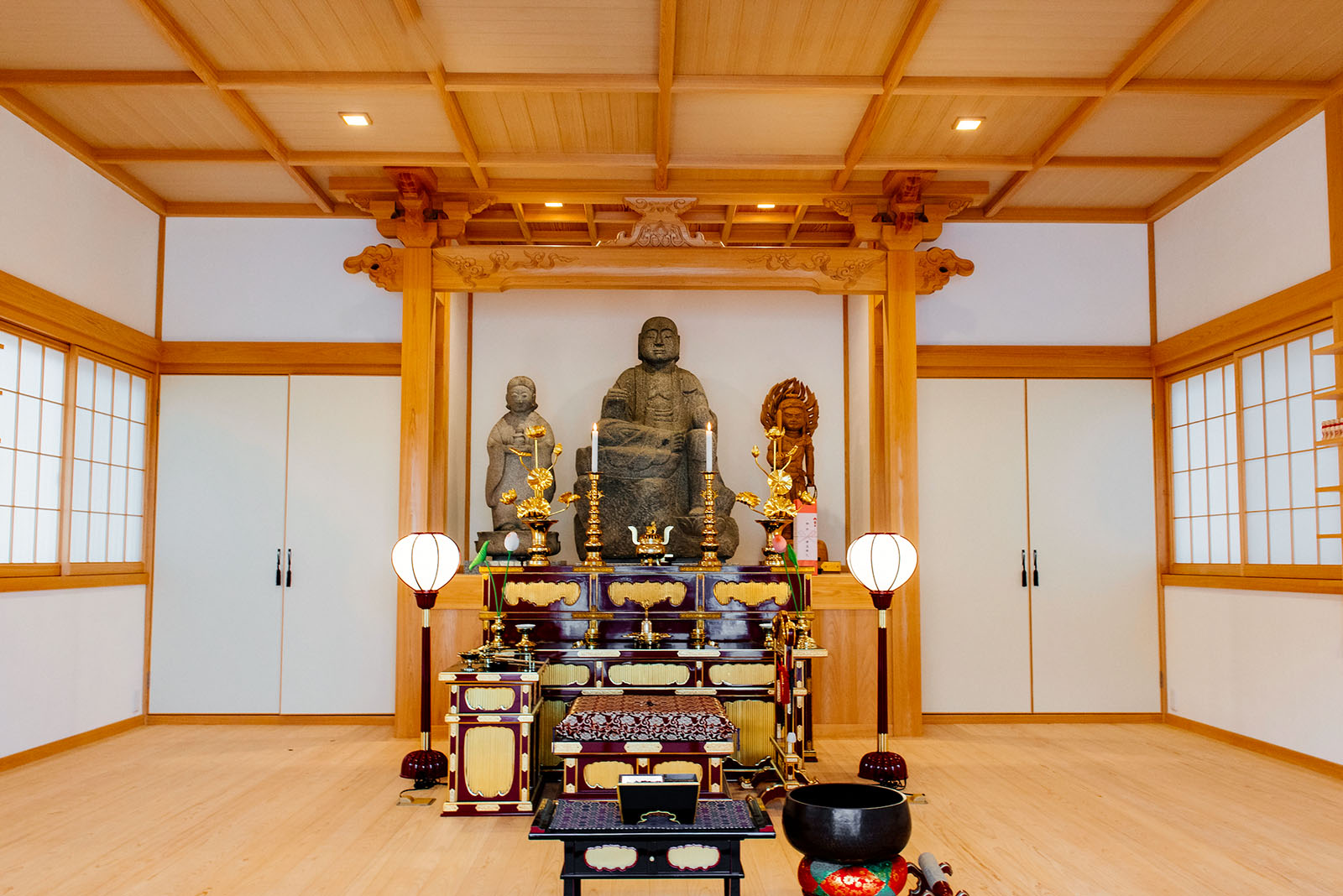 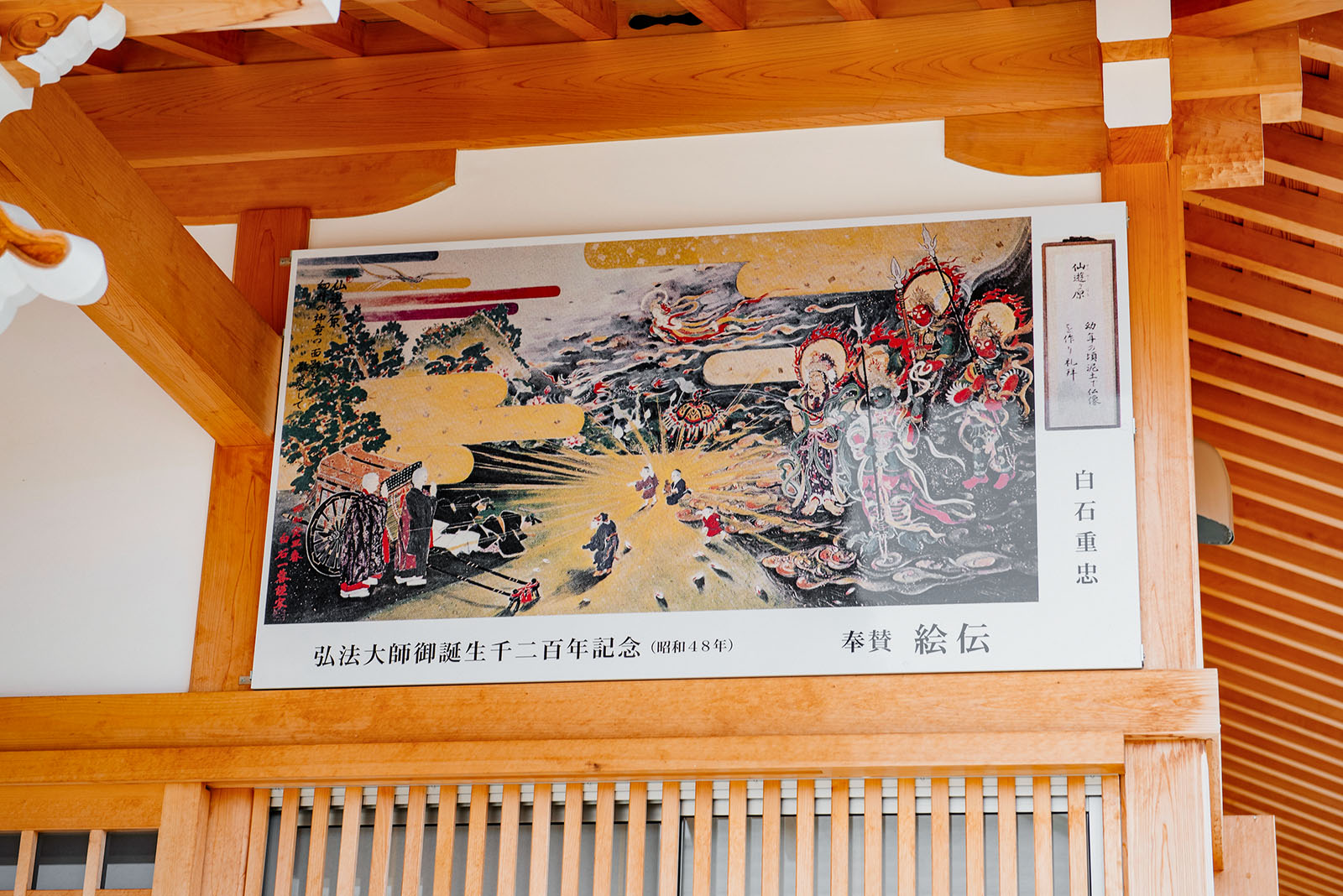 This is Senyu-ji Temple. Since antiquity, this location had been called Senyugahara, and it is said that Kobo Daishi, during his youth when he was still named "Mao," had built a Buddhist statue out of mud and offered prayers to it. Senyu-ji Temple, which stands in this sacred place, also acts as one of the unofficial sacred places of the Shikoku 88 Sacred Places pilgrimage, and it is currently preserved and managed by its head temple Zentsu-ji. Its preceding structure, which dated back to 1951, and which had fallen into disrepair, was dismantled, after which the current Main Hall was re-established in November of 2018. Its Honzon is a stone statue of Ksitigarbha seated in the half-lotus position, which is thought to have been built during the late Edo period, and alongside it, one can also find a stone statue of Chigo Daishi (infant Kobo Daishi) placed there to be venerated. Additionally, upon renovation, devout worshippers dedicated a wooden standing statue of an infant Fudo Myo-o, which was a new work that had been produced by the sculptor of Buddhist images Bonkai.